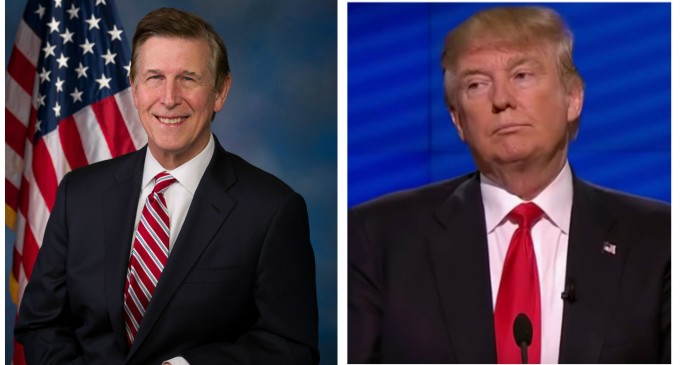 Remember when Donald Trump had “no chance” at becoming president? Remember when his policies were so controversial they would never make it through congress? Remember when Democrats pretended they weren't scared that Trump would actually succeed?

All of that seems to be gone now. In an apparent admission that Trump could very well become the next President of the United States, a congressman recently proposed a bill in the House of Representatives that would make one of Donald Trump's paramount policies goals illegal.

The policy in question is Trump's proposed ban on Muslim aliens entering the United States. While the bill attempts to make such a ban illegal, even if passed, it would be symbolic at best. If Trump had a congress willing to go along with such a ban, surely they'd be willing to take this law off the books in order to make it happen.

The only thing this bill might accomplish would be to keep Trump from executing his plan through executive order, but considering how harshly Mr. Trump criticized Obama for his extensive use of his executive powers, this route seems fairly unlikely.

See the specifics of this anti-Trump bill on the next page: