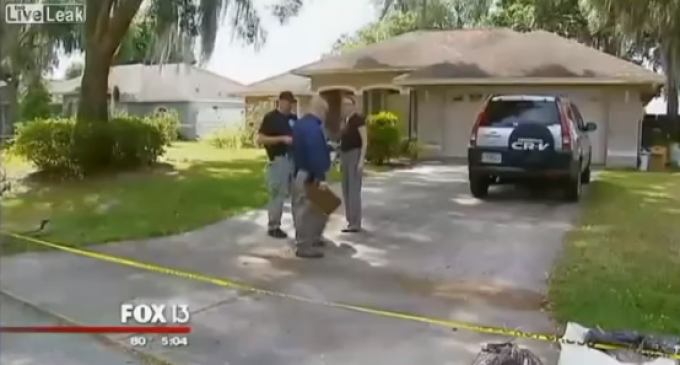 A man broke into a home in Winter Haven, Florida, was met by a family of three, all armed. The man was shot dead almost immediately.

The father, mother, and son heard the man trying to break into the back door. They fired off a warning shot, but the would-be burglar was undettered. The burglar made it to the kitchen, where he was shot dead by all the members of the family, who would have been otherwise powerless to protect their home and their lives.

No mention of this event has been made by anyone on the Left, as it would only serve to make guns look like the tools of protection that they are. Anything that makes guns look like the culprit in the crime makes it, but a family defending themselves is not worthy to be mentioned by the likes of Rachel Maddow or Anderson Cooper.

Find out more about the shooting on page 2.