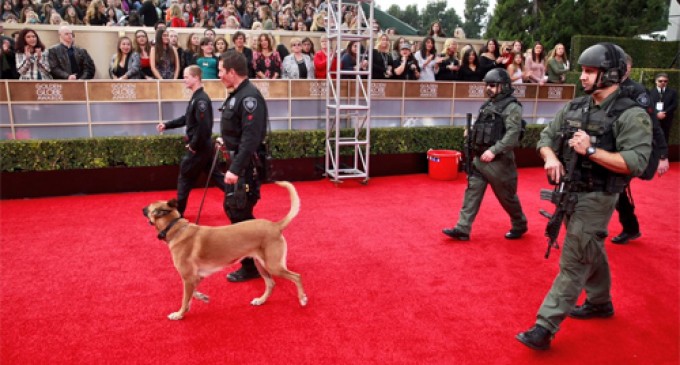 Hollywood has been lecturing America for some time about their right to bear arms and how it needs to be stopped. One celebrity after another is falling over themselves to be anti-gun champion of America.

They do press conferences, send out tweets and show up at any silly anti-gun rallies they can.

They are also doing all of while surrounded by heavily armed guards.

Tom Hanks, Madonna, the Olsen twins, Paris Hilton and Brad Pitt have all had armed security that not only protected them but abused others to the point of getting themselves fired or arrested.

Hollywood doesn't like loudmouths whipping guns out unless they own the loudmouth's whipping the guns out.

Tom Hanks had a dispute with a contractor who brought a truckload of goons to Hank's property in Sun Valley Idaho.

See the next page for for more on Hollywood's hypocrisy.