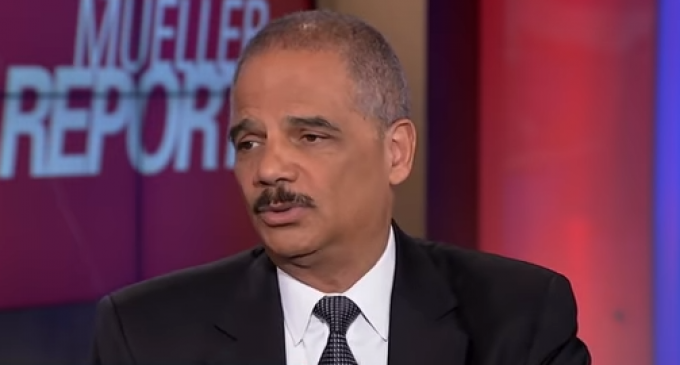 Former Attorney General Eric Holder told host Ari Melber Wednesday evening on MSNBC that Americans must get “training” to help them deal with their racism – to make them realize the extent of the “racial baggage” and “bias” they have towards colored people.

The Obama-era attorney general’s comments were part of a wider discussion about the criminal justice system and whether Trump campaign chair Paul Manafort would have received a stricter prison sentence if he was African-American.

A partial transcript is as follows:

ARI MELBER: I’m thinking about the judges who assessed to Paul Manafort, and as you know, there are people who said, “oh one of the judges are good and the other wasn’t.” But, both judges assessed him as this sort of courtly grandfatherly figure. Judge Jackson said that he didn’t seem likely to re-offend, when Mr. Manafort had re-offended after his charges. And I thought, would any judge, again, I don’t want to single a judge out. But, would those judges be as likely to say that about a first time young black male offender?

ERIC HOLDER: You know, I don’t want to talk about the judges, those judges in particular, but I do worry that judges are like all other Americans, carry with them implicit biases and especially in the criminal justice sphere.

MELBER: How do you fix it?

HOLDER: Well, you certainly have to have training. You have to make people aware of the fact that they do carry these biases and make them understand, you know, that if you see an African-American defendant in front of you that’s probably triggers things in your mind unconsciously, subconsciously and you’re perhaps going to treat that person differently that somebody who shows up in a tie and you know that has a great lawyer they had paid for. You would maybe cut that person a break that you wouldn’t otherwise give to a Hispanic or African-American defendant. People have to be just aware of that and then that training has to continue. But, these are the kind of things that all of us as Americans have to deal with. We all carry this racial baggage. I think the younger generation to a lesser degree than people in my generation, but it is still there.