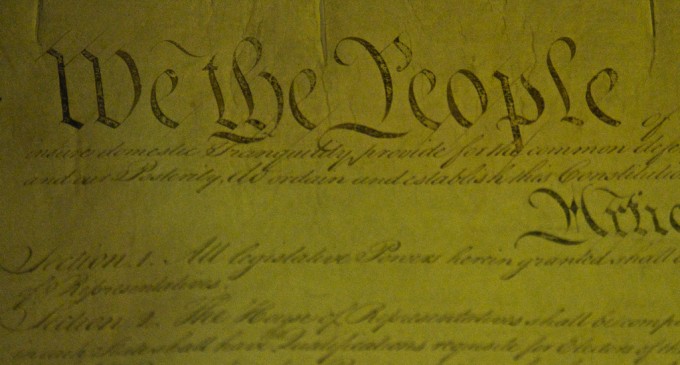 When the direct approach to banning guns fails, gun control activists like to rely on their backup plans, like indoctrinating our children. That always works, right? Not in the case of and advanced placement (AP) history book used at Guyer High School in Denton, Texas. The authors of the textbook decided to reword the second amendment, distorting it under the guise of summary.

The Second amendment, as it was ratified, reads:

A well regulated militia, being necessary to the security of a free state, the right of the people to keep and bear arms, shall not be infringed.

The text book alters this to:


“The people have a right to keep and bear arms in a state militia.”

According to The Daily Paul:

Guyer High School (and obviously several others) are complicit in attempting to condition students to interpret the 2nd Amendment in a clearly opposite manner in which it was intended. The 1st, 3rd, 4th, and 5th are also misinterpreted as several commenters below pointed out.

This textbook, currently being used by Guyer High School, is attempting to redefine the Second Amendment to impressionable young minds. Parents, you must speak up and demand action. Investigate your child's history book ASAP, and post more pictures in the comments below. Call your school and demand that revisionist history books like this are removed from the school district.