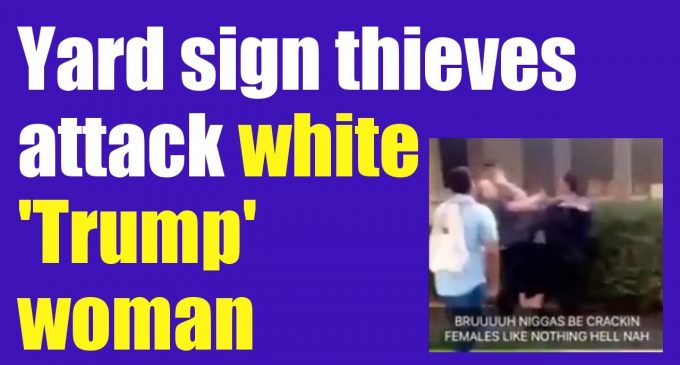 It seems few things in America are more dangerous than being a Trump supporter.

Every day, reports of harassment come in from across the country. Some are accosted for their “make America great again” hats, others have their property vandalized for Trump yard signs, and a worrying number are now being beaten up.

Remember when Democrats claimed that Trump was “inciting violence” during his campaign? They're surprisingly silent now.

Maybe that's because they are the ones now inciting violence across the country. Take, for instance, Bill Clinton. Despite saying the phrase multiple times in his own campaign ads, the former president was recently caught claiming that “make America great again” is racist language. So anyone wearing such a hat must be racist, too.

Clearly, many on the left feel that way. Why else would Trump supporters be getting mugged in the streets by angry minorities?

A few of these incidents have been caught on camera. See one white woman get beaten up by a group of Hispanic yard sign thieves on the next page: