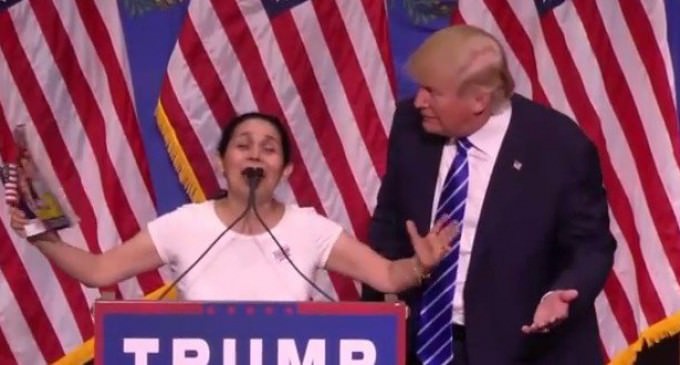 Donald Trump is a man who is seldom caught off guard, and in the span of his presidential campaign, he's been ready for just about everything the media has had to throw at him.

Democrats and even some republicans have attacked his stances on gun control, the economy and illegal immigration, prompting critics to call him racist. However, a couple of weeks ago, at a campaign rally in Las Vegas, NV, something happened that caught everybody off guard. You won't believe it.