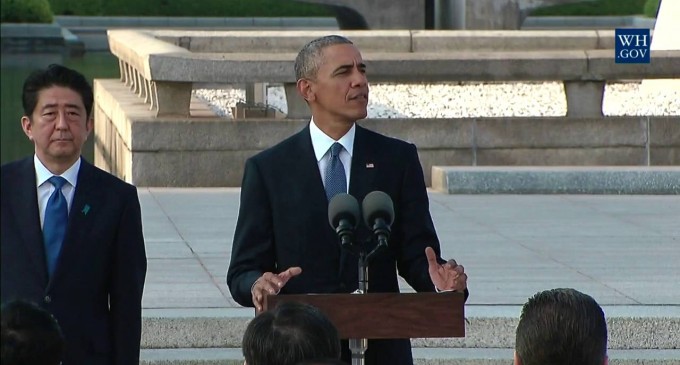 Barack Obama appears to be closing out his reign as president the same way that he began it back in 2009 — on an apology tour.

Obama showed his true feelings immediately after taking office, going on a whirlwind, worldwide apology tour.  He apologized to the French and the Europeans for America’s “arrogance.”  In the very same year, the president apologized to Latin America, the Muslim world, the Turkish parliament, and the leaders of the G-20 Summit for various American transgressions.  He also apologized for the detention center at Guantánamo Bay, the CIA, and the war on terror.

As the lame duck president flaps and flutters through his final months as president, he is making clear he has a few more apologies to issue before he leaves.  Friday, while in Hiroshima, Japan, the president issued perhaps his most despicable apology to date.  On Memorial Day weekend, the president apologized to the Japanese for the atomic bombings that ended World War II.  To read how this is leading to calls for Congress to officially censure the president, continue reading on the next page: