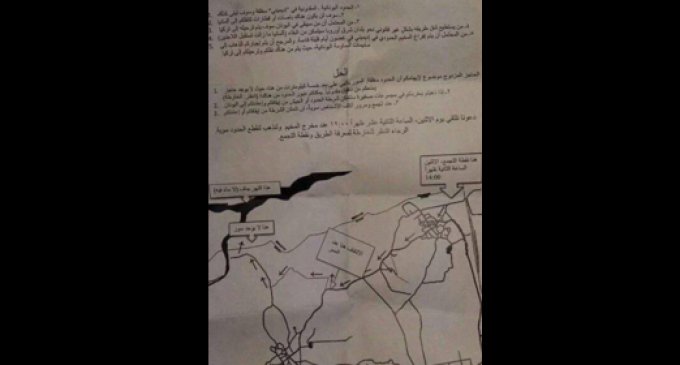 Don't do the hippy, hippy escape out of the Greek migrant camp near the village of Idomeni, as it will lead to a hazardous crossing of a raging river, potential death and certain detainment and a return to the migrant camp.

Thousands of migrants at once made an exodus of the Idomeni migrant camp and walked four-miles to get a cross a flooded river, in order to make it around the closed border between Greece and Macedonia.

Weeks back, migrants broke down this border fence with a man-made battering ram, as reported by Truth and Action.

But tempers have been flaring as some have been stuck for eight days with little food and today the refugees broke out into a protest chanting ‘Open the border’ and threw stones at the Macedonian police.

Hundreds of migrants attempted to break through a fence on the Greece-Macedonia border by charging it with a home-made battering ram.

Authorities fired tear gas and stun guns as thousands of refugees congregated at the border to cross into the Balkan country in a bid to make their way across Europe.

Now German activists are helping these migrants get around this border.  See the lengths they have gone to and at what great cost this endeavor has had on migrant families on the next page.