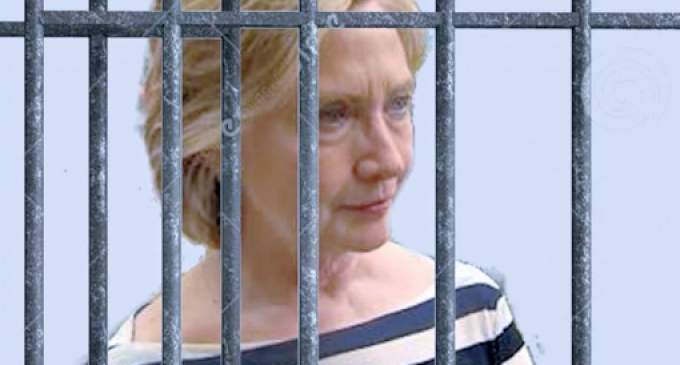 Everything Hillary Clinton has touched has been tainted by corruption. Phrases like, “the most criminal ever,” are often hyperbole used to express extreme disgust with the seriousness of someone’s crimes. After all, who can really know who the “most criminal person ever in history” truly is or was?

That said, Hillary is in the running. This is a woman who is utterly self-focused. It is almost inconceivable that she loves or cares for anyone other than herself. And even that is in question. Hillary exists for the sole benefit of Hillary, and all others are just tools this woman uses in her single-minded pursuit of money and power.

Most of the left seems oblivious to the fact that that she couldn’t care less about them. Do various minority communities really think this woman sits up nights trying to think of ways to better their lives? If so, they are tragically deluded.

How does she remain free? Has she compromised so many others that no one can touch her? Is she aided by malevolent supernatural powers?

The question must now be asked as to whether she has corrupted so many vital parts of the US government that its ability to function is in serious question.

Could she have taken actions that will ultimately bring down the US? One thing is for sure, if so, she will feel no sense of guilt. More on page two.