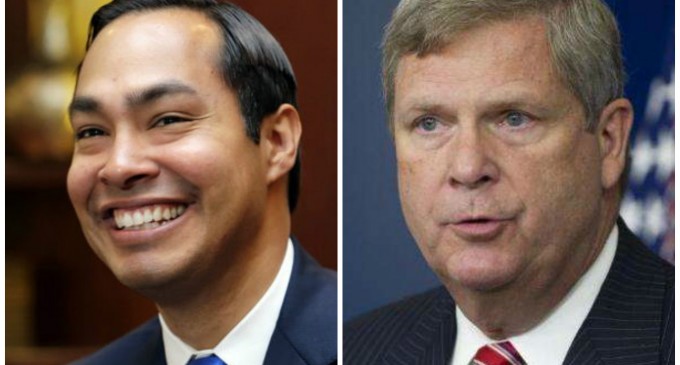 Hillary Clinton is certainly aiming to keep with kindred spirits with her top VP choices. One violated the Hatch Act and the other committed a ‘Clinton' when he deleted emails amid a scandal and used a secret account.

Julian Castro, Housing Secretary, violated the Hatch Act, when he “touted” Hillary's candidacy in an interview earlier this year. The Hatch Act bars “most Executive Branch officials from expressing their political views while on official business”.   Castro, in his April 4 interview, crossed this legal line according to the seven-page report by the U.S. Office of Special Counsel.

Castro shared, “personal political views with official agency business, despite his efforts to clarify that some answers were being given in his personal capacity,” and though he agrees with the OSC's findings, he thought he had effectively avoided breaking the Hatch law in the interview.

The rest of the story is on page two, including the fact that Obama will not punish Castro for his offense.