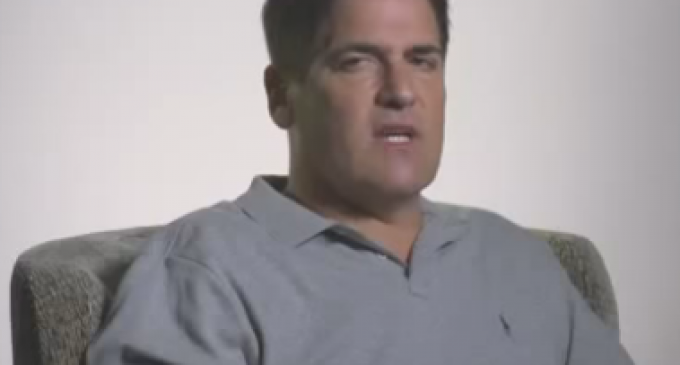 Well, would you look at that: another liberal who has accused Donald Trump of being racist has himself said statements and done things that could be labeled as such.

Dallas Mavericks owner Mark Cuban has gone out of his way to attack the GOP nominee, criticizing not just his policies but also his record as a businessman. Cuban had praised Trump while he was promoting himself to both parties as a potential VP, but it seems that after he wasn't picked up by Trump he took it deeply personal and all his praise turned into attacks.

Now a video of Cuban talking about race and a picture of him seemingly being very disrespectful of women have surfaced, which calls into question what he is even doing inside the Clinton campaign.