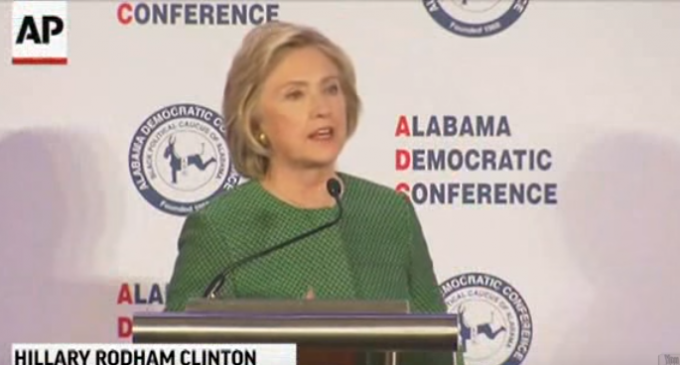 Really annoying is Hillary's evolving accent-just what is it? Well, if its Tuesday and she is in South Carolina, its a southern accent.  It's those who micro manage Hillary from her early years, that have programmed her brain.  It is Bill Clinton who was born and bred in Arkansas, Hillary is from Illinois, which would mean she should have a mild mid-western accent.

It's one of those so strange moments when Hillary morphs into one of the ladies straight out of “Fried Green Tomatoes”.   What is also entertaining, is at the time Hillary forgets which accent (or crowd) she is speaking to-so she waffles back and forth between a southern and a strange mid-west accent.

Our only hope?  She does not come to California.  Hillary doing valley girl speak would need extra secret service for her.  That accent would make people's head explode.  That and the maniacal laugh.

So does Hillary really change the way she speaks?  Oh yes.  And it's in a big way!