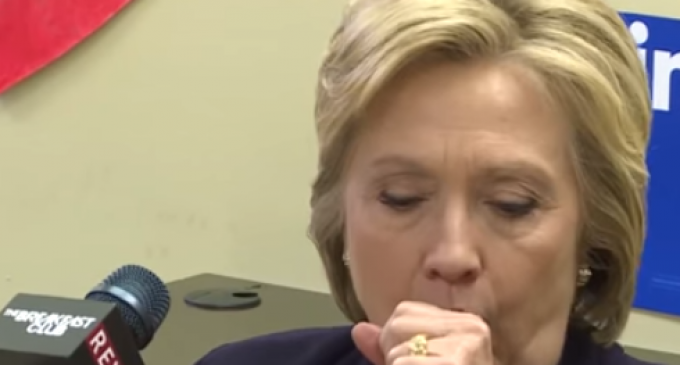 Hillary is up to her old tricks once again. After losing seven of the last eight contests to an aging Marxist, Hillary still can't seem to do anything but lie, pander, and cough incessantly.

Her latest fit came during an interview with urban radio show The Breakfast Club. After multiple occurrences of this vocally debilitating and highly irritating cough, many are once again questioning the quality of Hillary's health.

Of course, this isn't Mrs. Clinton's first brush with medical uncertainty — that would be her well documented concussion from a few years ago and the myriad of medical problems that ensued — but these episodes have so far gone unexplained by her campaign.

Perhaps they're too busy trying to explain the Democrat frontrunner's obvious — and perhaps overtly racist — pandering to the African-American community that occurred just moments later.

See both Hillaryisms in the video on the next page: