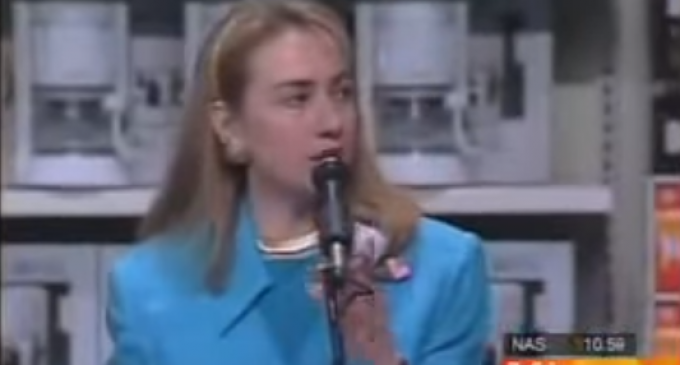 Hilary Clinton has earned criticism throughout her career in politics and recently, a video of her stance on union labor from her years on Walmart's board of directors surfaced (see the original clip on the next page).

Hilary stood alongside John Tate, in his position on unions, stating “Labor Unions are nothing but blood-sucking parasites, living off the productive people who work for a living.” Hilary may have opposed to unions when it suited her goals, but she has since changed her tune.

It's apparent by her voting habits, as well as her numerous public speeches, both during Bill Clinton's presidency and her own political affairs, that Hilary has a problem making up her mind. Nearly every issue brought before her desk has been voted for and then against and then for, in an ever growing cycle of instability. Is this the woman we want running our country when she can't make a decision she will stand by years down the road?

See the full video on the next page.