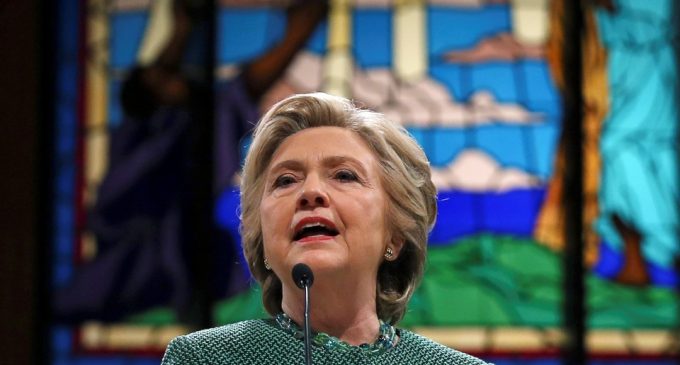 Speaking to Sky News on Wednesday, twice-failed presidential candidate Hillary Clinton, who is likely still trying to figure out ‘What Happened”, said that President Trump has tried to “hijack” Christianity, pointing to the President's visit to St John’s Episcopal Church in Lafayette Square, Washington, D.C., earlier this month.

“That has been a pattern. He’s tried to hijack Christianity and the Bible in ways that are deeply hypocritical and that was just another occasion,” Clinton said in an interview with British broadcaster Sky News.

“They were totally peaceful protesters and what he was trying to do, as he often does, is to mischaracterize them and their behavior and their goals and lump them in with the tiny, tiny minority who took advantage of a tragic moment to loot and steal and vandalize — a tiny, tiny percentage — and he wanted to cast that over the millions of very thoughtful, non-violent peaceful protesters,” Clinton added. “There should be no tolerance for violent protest and certainly that was not at the core of the literally millions of people who have come out to protest peacefully over the last several weeks.”