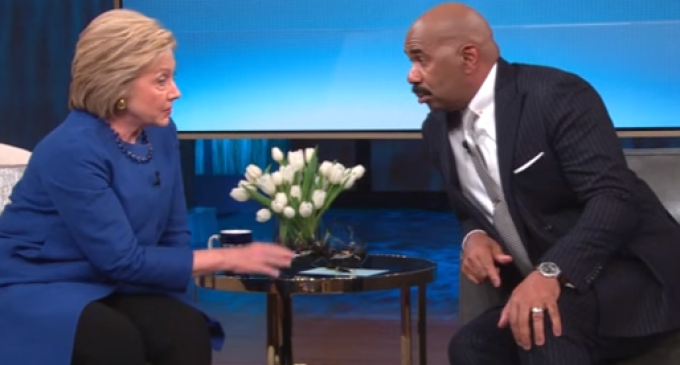 After eight years of race baiting, it would seem that Hillary Clinton is finally looking to reap the benefits of the racial unrest and incivility President Obama's policies have created. Using the recent police shooting of Terence Crutcher in Tulsa, OK, she's vowed to “tackle” racism in the nation's law enforcement system.

Assuming she's not lying about this, it would actually be the first time that she's taken responsibility for her own actions. After all, she did help create the racial divide currently plaguing America.

It's also important that everybody take in the irony of this situation. She's claiming that she's going to clean up corruption in the nation's law enforcement system. There's nothing quite like watching the blind lead the blind. Hillary's mere presence in a police department would be an insult to the good men and women who protect and serve.