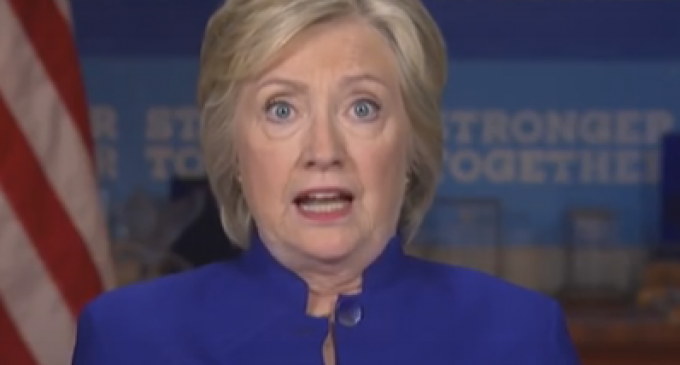 Democrats have a track record when it comes to focusing heavily on rights. The right to affordable healthcare, the right to a debt free college education, the right to choose. The list goes on. Yet, when it comes to rights guaranteed by the Constitution, they're not so vocal. For example, the right to bear arms or the right to freedom of speech, which they fully take advantage of as a tool to silence anybody who speaks out against them. So let me rephrase that last part, they like Constitutional rights that benefit them, which is just one example of the many hypocrisies of the liberal belief system.

And now, Hillary Clinton is looking to erase one of the most basic rights guaranteed to American people, the right to work. In her latest video conference, she lashes out at the state's right-to-work laws, which give employees the right to work without having to join a union or be subjected to their rules. This would means that employees will no longer have to pay union dues or be forced to protest should unions decide to cry and complain, something they're really good at. These right-to-work laws have become quite popular among many American states, including Michigan and Wisconsin, two states that Hillary will need to win over in order to take the election. However, with another twenty-six states also implementing the right-to-work laws, Hillary is having trouble understanding why her war against those laws haven't put her fifty points ahead of Trump.

Watch her speech on the next page.