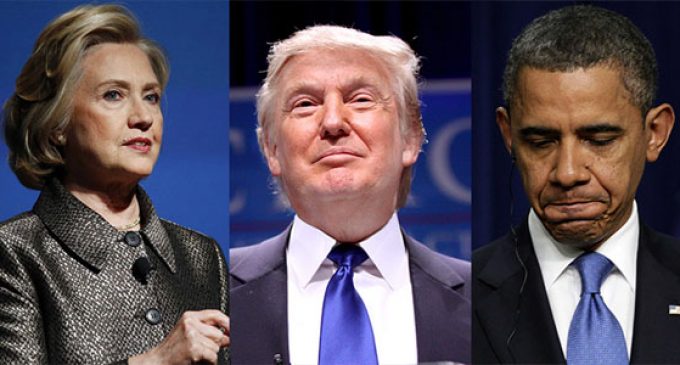 The liberal/mainstream media has always been vocal when it comes to their hatred of Republican presidents or anybody in the spotlight whose political beliefs lean to the right. Their weaponizing of the First Amendment is both smothering and, at times, downright eclipsing for any Conservative trying to make a name for themselves. While you can't always rely on them to tell the truth, you can always rely on them to keep double standards. As is the case with the presidential reaction to the recent flooding in Louisiana.

Do you remember back during Bush's time in office, when Hurricane Katrina had left the good people of Louisiana in a dire state? Bush, instead appearing in the state itself to let the victims know the government was there for them, chose to fly over them and never set food near the disaster area itself. The media had a field day with that. In fact, they would continue to write about it well into the end of Bush's time in office.

Fast forward eight years and once again Louisiana is in dire need of help. The recent flooding, which has killed thirteen people and forced thirty thousand to evacuate their homes has been garnering national attention for the past several days, but what hasn't seemed to garner national attention is the lack of attention President Obama is paying to the situation. Apparently, his two week vacation in Martha's Vineyard can't be disrupted to visit the flood victims. Yet, the media has been silent on the matter.

How about that double standard?

One American voice, however, hasn't been silent on the matter. Find out whose on the next page.