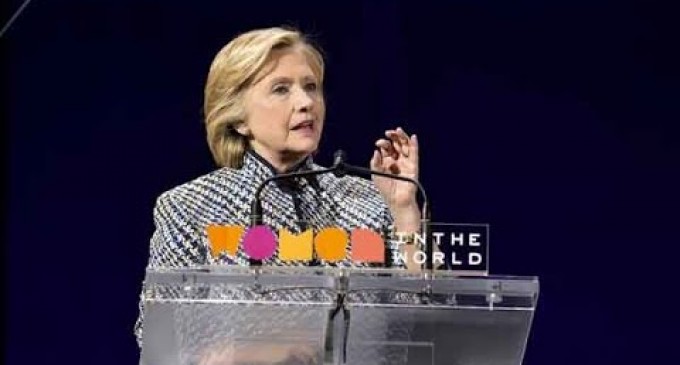 Hillary does not believe in freedom for those who don't agree with her position on abortion.  If American religious freedom must be forcefully removed in order for socialist zealots to kill more unborn babies then Clinton is there to grease the wheels (assuming the Clinton Foundation gets the appropriate donations).

In a speech in 2015, Hillary told her audience at the sixth annual Women in The World Summit that a person's “deep-seated cultural codes, religious beliefs and structural biases have to be changed” so that women could have access to abortion on demand at any time. Though she framed it as reproductive health care and safe childbirth, everyone knows that she was threatening the pro-life movement to shut up or be shut up.

She continued her freedom remarks by saying that laws, in this case abortion laws, have to be “backed up with resources and political will”.  In her mind, taking away the rights of those who don't agree with her is profoundly more acceptable in her “advancement of the full participation of women and girls in every aspect of their societies is the great unfinished business of the 21st century and not just for women but for everyone.”

Fortunately, the Internet doesn't forget! Her speech can be seen in the video on the next page.

Watch and share! It is crucial to understand her immoral intentions and to spread the word: