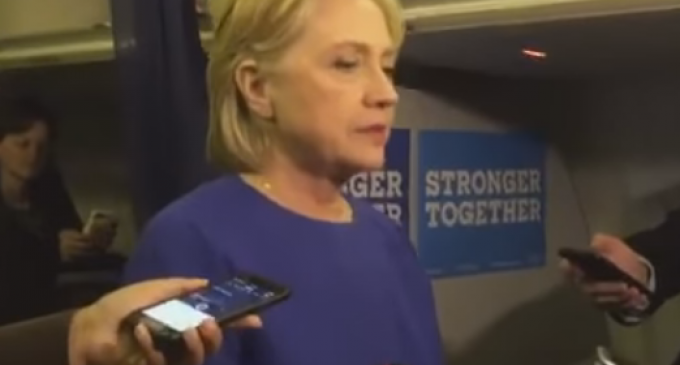 It's getting so obvious that there is something wrong with Hillary Clinton's health that denials of her health problem or problems are just getting ridiculous.  Wildly inappropriate and bizarre facial expressions. Fainting spells. Blood clots.  Getting lost in her remarks. Close associates claiming that she is “frequently confused.” And those are just some of the signs that this is one very unhealthy woman.  Then you can add to that opinions by reputable physicians claiming that her apparent symptoms point to some very serious illnesses.

So is this someone who is physically and mentally fit for one of the most demanding jobs in the world?

And if she is this ill, what incredible obsession with and lust for power must she have that she would drive herself to the point of the utter destruction of her health to achieve the office of president?

Take a look at this next video and tell us if you think this is a healthy person.