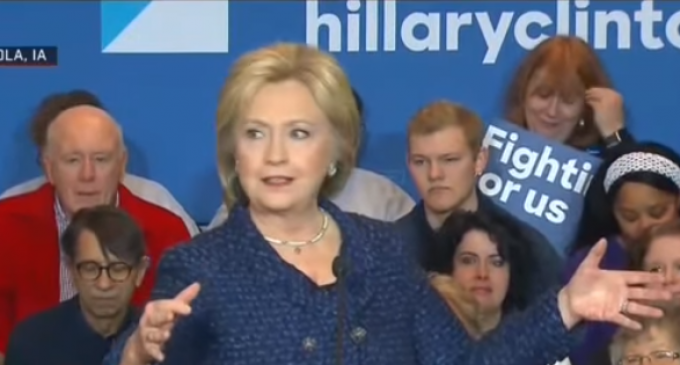 Hillary Clinton might want to fire her speechwriter, because even her supporters aren't feeling her, as seen in a hilarious video taken on the campaign trail.

As Iowa prepares for the first round of voting in the 2016 primaries, Hillary is struggling to rally the troops and make sure they come out for her at the polling booths. By the looks of it, it's going to be an upward battle for the former First Lady.

Stopping at Iowa's Simpson College, she spoke before an audience of her supporters. A crew caught the speech on tape, but what made headlines was something they didn't plan on catching.