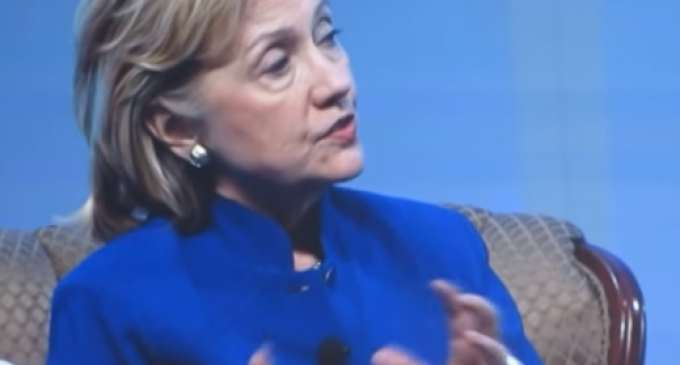 Once again Hillary Clinton attempts to brainwash the public with her “nice“ sounding choice of words. It is seen in the video on the next page just how Hillary thinks adopting a different type of speech could deceive the public in favor of GMO's.

Hillary explains how “ GMO sounds so Frankenstein,“ and that she would rather urge the Grocery Manufacturers Association (GMA), the Biotechnology Industry Organization (BIO) like Monsanto, and other companies working in support of the DARK Act, to change their vocabulary so that the public isn't frightened by any labels.

Surely changing the vocabulary of GMO's, so that the public isn't frightened over the health dangers, will solve the problem so many people are outraged over in the first place?

Ever since the “Deny Americans the Right to Know“ (DARK) Act was proposed to congress in 2014 (originally called the Safe and Accurate Food Labeling Act) it immediately had no backing by the American people, who in retaliation demanded mandatory GMO labeling.

Hillary says that if the government were to just open up the laws for ratification of GMO labeling it would backfire, (Yes, it would backfire) because that is just not how it is done; in reality “it is a painstaking farmer by farmer, government by government effort“ to decide what is best regarding GMO's.

But the DARK Act is back — rebooted and headed towards the U.S. Senate!