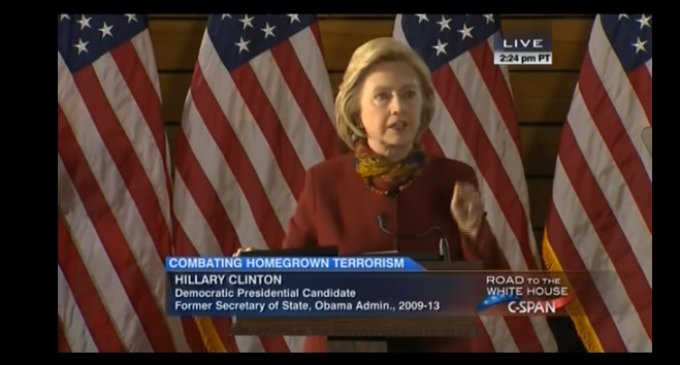 According to the flawed logic of Hillary Clinton, “terrorists use guns to kill Americans.” Her powers of observation are astounding. However, using that same argument, one can say that spoons make people fat, cow farts cause global warming, and corrupt politicians are responsible for citizen stupidity.

Okay, maybe that last one is true. In her speech just hours before last night's GOP debate in Las Vegas, NV, Hillary further pushed her stance on gun control, once again showing that she really has no idea what she's talking about. She then went on to say that she “has an old fashioned idea” that the people elected a president to keep them safe from terrorism, shootings and foreign invaders.

If you'll go down that list, you'll notice that she doesn't quite check any of those boxes off. While pushing some of her specific plans to bar people on the no-fly zone from being able to purchase weapons, insisting on comprehensive background checks for gun buyers, and closing the old gun show loop hole, she also once again stated her intentions to reinstate the assault weapons ban.