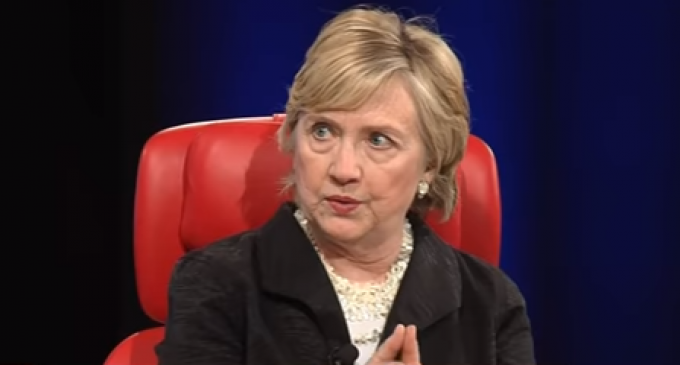 TTL Hillary (three-time loser) is proving once and for all that her ego (or is it “ega” if you’re speaking about a female…I wouldn’t want to be accused of misogyny) trumps even that of her former boss, President Barack Hussein Obama.  She agreed to appear on CNBC where there were emergency crews on standby backstage just in case.  The mission for this appearance was to provide the mainstream media with another shot in the arm, considering they have been faltering with news presentations lately, having been blocked from directly misconstruing the president’s words because of his confounded tweets.  Covfefe!  (I guess it could be a curse word, right?)

Clinton looked more bright-eyed and bushy-tailed than directly after the election in November, but her message was less than new and exciting.  The two hosts were very accommodative and “honored” to be in the very presence of her Highness and they allowed her to ramble on and on about technical terms and political words and new-fangled stuff so that she could eventually come to her point.

What was her point?  That in no small way, there is a VAST RIGHT WING CONSPIRACY (probably the exact same one that went after her husband back in the 90s) that was out to get her from the start.  She named Steve Bannon, Kellyanne Conway, James Comey, among others, who were part of this secret cabal that coordinated with the Russians in a small Macedonian office (maybe) where information that may have been stolen from a source that could have been weaponized against her campaign possibly might very well have been the news that probably was used in the very likely situation of fooling people somehow into not voting for the person that they might have otherwise supported had they had all the most definite truthful information.

Are you lost yet?  Well, fear not.  If you watch her interview with CNBC, you’ll note that there are a lot of “maybes” and “possiblys” and concluding with the statement that she really doesn’t have evidence of any of her claims, but that “17 different intel organizations in the United States” all agreed that something did happen.  Don’t know what…but definitely something.

I have a great theory, though, that explains why Hillary and the Lefties are sooooo angry. Hit the next page to find out.