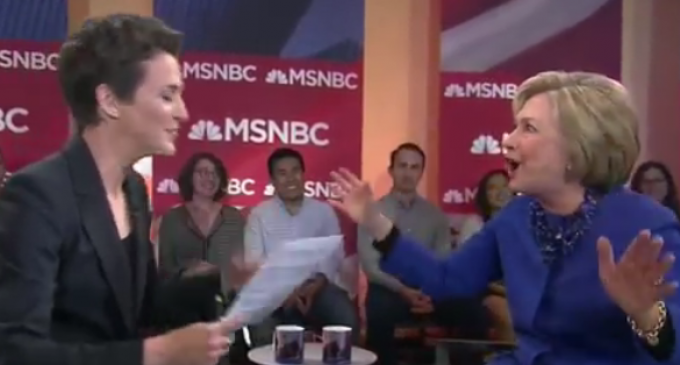 With the November elections rapidly approaching and the current presidential campaigns heating up, it would seem that votes and delegates are becoming heated subjects for Hillary Clinton, who appeared to have a minor melt down when questioned about it during an MSNBC talk show interview.

When asked about whether or not she's ahead of her opponent, Bernie Sanders, she freaked out, nearly jumping out of her chair and getting n the face of her interviewer.  She then goes on a rant about her respect for Senator Sanders, claiming that she has the same goals as he does, but she's just better than him.

And that's why she shouldn't be president. It's no secret that Sanders is a supporter of socialism, something his voters claim to support but don't really have any idea what it is. If their goals are aligned and she gets elected, it could very well spell doom for America in a way that President Obama's reign never did.