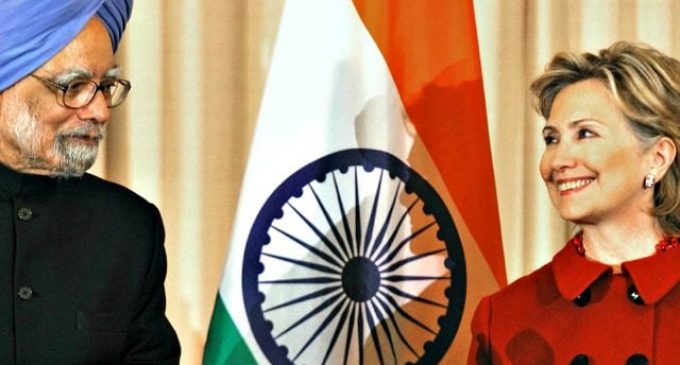 I feel bad for anybody who still believes that Hillary Clinton has got Americans' best interests at heart. After all, she didn't call herself “the Senator from Punjab” for nothing.

What did she mean by “the Senator from Punjab” you ask? Why, she means that during her time in the Senate, Clinton made a name for herself as a legislator who could be counted on to serve corporate interests that benefited from shipping American jobs to India.

Read more on Hillary selling out American workers on the next page: