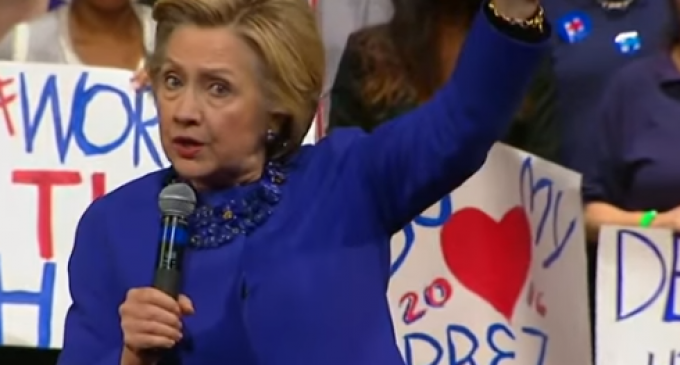 With the likelihood of a Trump vs. Hillary race in November looking as high as it could possibly be, the Democratic frontrunner has started focusing her fire on the populist GOP candidate.

Speaking at a campaign event, the former Secretary of State tried to rile up her supporters by taking a swing at the real estate tycoon. Indeed, she sought to use the Donald's vast wealth and extensive background in business as wedge to drive between him and her audience.

Trying to paint Trump as an out-of-touch elitist, Clinton said that he should “get out of those towers” and actually talk to average people, so as to get an idea of what issues they are concerned about and hope the next president will look into.

Of course, anybody who is even slightly familiar with Hillary's financial situation and expensive lifestyle knows that this is rich (no pun intended) coming from her. Judging by the adulatory response of her supporters, they clearly do not.

See video of Hillary's remarks on the next page: