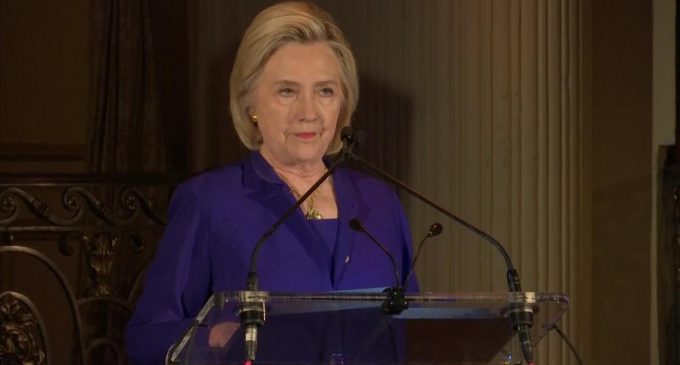 Former Secretary of State Hillary Clinton and head of the “Pay to Play” division within the accounting department of the Clinton Foundation, is now quoting scripture to criticize the Trump administration. She called it “an affront to our values as a nation that we would separate immigrant children from their families because it was contrary to Christianity.

Clinton said, “What’s happening to families at the border is horrific. Nursing infants being ripped away from their mothers, parents being told their toddlers are being taken to bathe or play, only to realize hours later they aren’t coming back, children incarcerated in warehouses and, according to one account, kept in cages. This is a moral and humanitarian crisis. Every one of us who’s ever been a parent or grandparent, an aunt, a big sister, any one of us who’s ever held a child in our arms, every human being with a sense of compassion and decency should be outraged.”

Turn the page to see this for yourself: