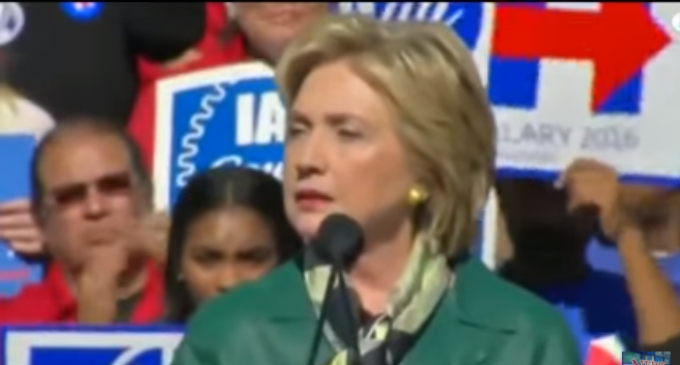 “I am running for President to protect our families and our communities from the plague of gun violence,” Hillary told the crowd in Virginia. “It is heartbreaking and infuriating that we lose an average of 90 American's every day… it's not just an urban problem…”  She goes on to lists various places that have tragically had gun violence, but not once condemns the man pulling the trigger.

As in typical leftist fashion, she condemns the very thing that keeps her safe, the guns that follow her around the country, but the average American cannot have them, as there is a plague.