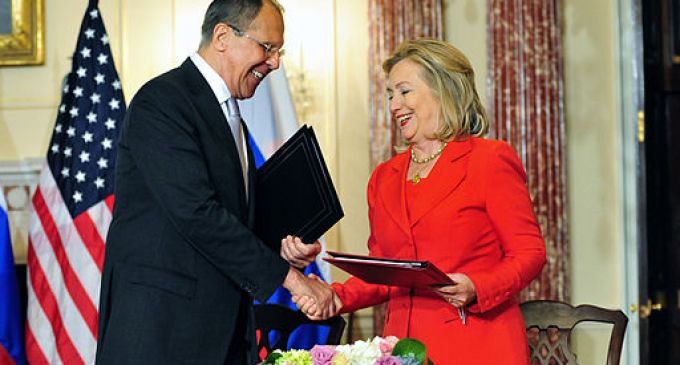 There can be no question that the team of Barack Obama and Hillary Clinton would sell out America to achieve their political objectives. None at all. These are people who see others as tools to accomplish their goals. Which one is worse? Hard to say, and probably irrelevant. Mr. Obama probably hates America more than Hillary. And Hillary is more cunning and perfidious. Neither of them should have ever been allowed to serve in public office.

We have entered into a new season of conflict with Russia. Must of it has been politically motivated as the left desperately tries to find something to use to attack President Trump. The infamous “dossier” ploy blew up in their faces. Now Special Prosecutor Mueller has indicted Russian nationals and organizations for interference in the 2016 election. Yet his spokesperson has taken pains to emphasize that such acts neither changed the election results nor involved any Americans, including President Trump. So far, he's not as much help to the left as they wanted.

The real crime relating to Russia surrounds Hillary Clinton. This woman is so driven to accomplish her selfish and nefarious plans that she was willing to sell out her country's security. It's more than despicable. And it's on page two.