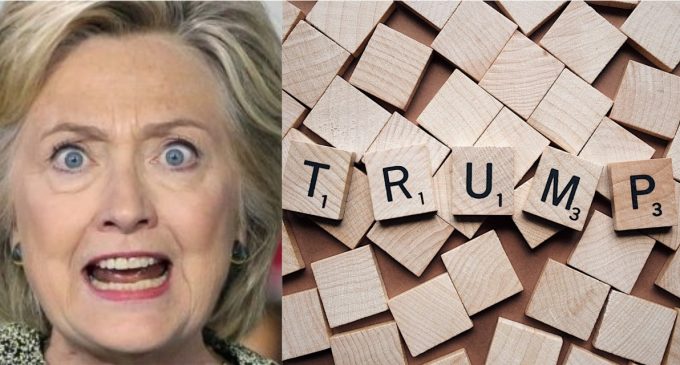 The meltdown of Hillary Clinton made a noticeable acceleration over the weekend with a tweet of hers that called on Hasbro to remove certain ‘Trump words’ from their Scrabble application. While it might seem to some that her meltdown it taking time more time than expected, one must bear in mind that this isn't Hollywood.

On the other hand, we might not be giving Hillary proper credit here for having good foresight. Those involved in the attempted coup against President Trump are becoming more and more panicked with each passing day and are likely making plans for their inevitable demise.

Could you imagine being in prison and having to deal with your fellow inmates using words associated with President Trump against you? It would simply be the last straw! Best use whatever resources and influence you have left to make sure you can pull those words off the board should another prisoner decide to get cute.

Turn the page to check out Hillary's plan for prison comfort on the next page.