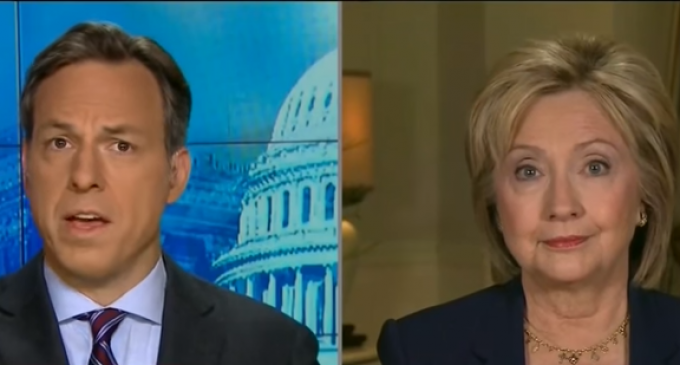 Hillary Clinton would be wise to understand her opponent's views in order to counter them well, but she lives in denial and truly believes her failed policy there will not have repercussions on her Presidential campaign.

The newly released film 13 Hours is playing in theaters nationwide and tells the harrowing account of the Benghazi massacre, as told by Michael Bay. It is based on the bestseller entitle the same and details the events on the ground the night the six members of the Annex Security Team effected a rescue effort to extract their fellow Americans from the U.S. Consulate in Benghazi, Libya, that was under attack by Islamic militants.

Hillary, because she truly believes she is untouchable and told CNN's Jake Tapper that she is too busy campaigning to see the movie.  She probably is still saying, “What does it really matter? What difference, at this point, does it make?”