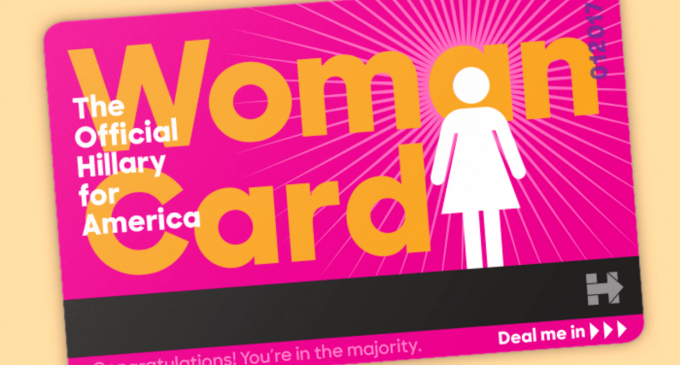 Hillary Clinton is a woman, and she hasn't let anyone forget it.

It seems her gender is her answer to every question the Democrat frontrunner is asked, yet she feigns surprise when people call her out  for her liberal use of the “woman card” — like Donald Trump did just this week.

At least she's not denying it.  Rather, she's embracing the fact that the only accomplishment she can name is her possession of two X chromosomes. Now, she's making it official by official distributing Woman Cards on behalf of her campaign.

If she had a better argument, she would have probably made one in response, but she doesn't. Poor Hillary, her very talking points are attacks from her adversaries.

To see more about Hillary's Woman Card, continue reading on the next page: