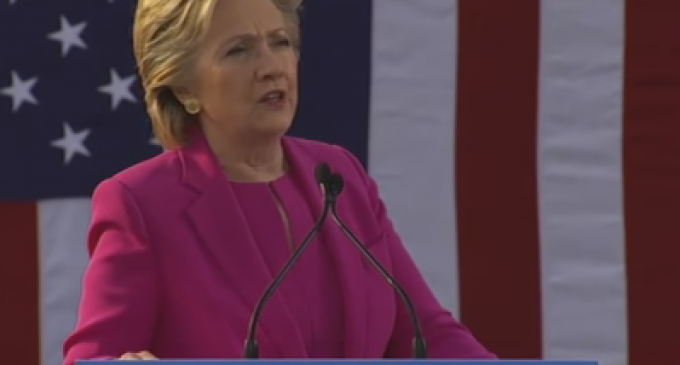 Hillary Clinton must need some sleep, because her brain doesn't seem to be working very well. Oh, wait, that's not anything new. Her brain doesn't work even when she's rested. As the last few days wind down until next week's election, both candidates are making a last ditch effort to sway as many voters as they can, and in crunch time their competence, or lack of, is really showing.

During a rally in Winterville, NC, Hillary kept referring to it as Greenville. And her mix up didn't go unnoticed by both the people in the crowd and on the Internet. One simple look at the Twitter feed gives you plenty of examples.

On Twitter user had this to say, “Hilary in WINTERVILLE NC keeps saying it's Greenville.Hillary is losing it folks.I think she lost it awhile agoRt#HillayhasDementia.” And that's one of the nicer comments.