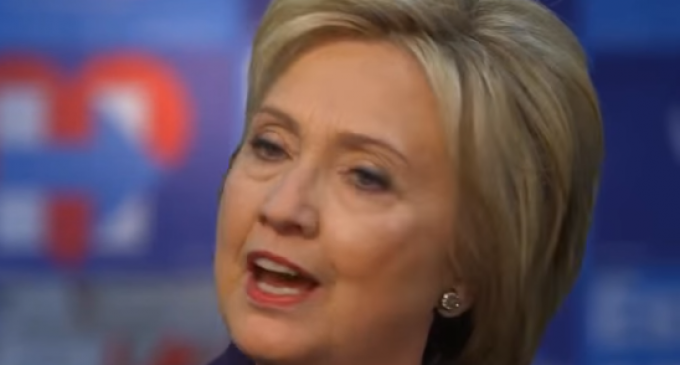 Hillary can't have it both ways. Either she suffered an injury that affected her ability to remember things or she didn't. She shouldn't be able to get off the hook for her mishandling of classified information by telling the FBI that she can't remember all of the briefings that she received relative to preserving sensitive materials, and then claim she's more than healthy enough to be president.

Either she “short-circuits” under pressure to use a term she introduced, or she's just fine and thus mentally and physically capable of holding one of the most stressful and mentally-demanding jobs in the world.

Perhaps she can try to quarantine her health problems to 2012 to 2013 to support her claim she didn't do anything deliberately wrong in what has become her email scandal, and at the same time claim all such health problems are over thus making her fit and ready to be president.  Believing that's a real stretch, isn't it?

So what's the truth?  Did she suffer mentally and physically debilitating injuries in 2012?  If so, do they continue to plague her today, or is all of that in her past making her ready to go as president?