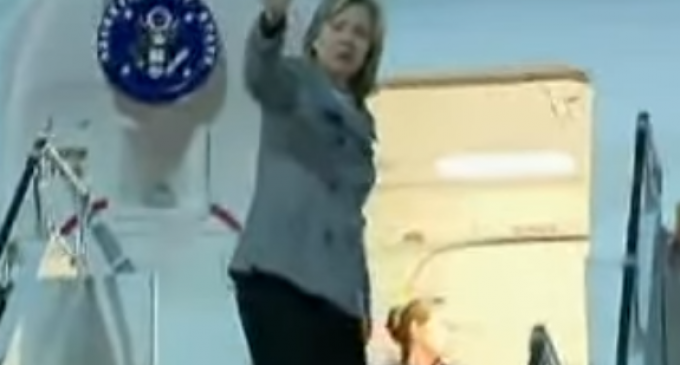 People love to watch other people get hurt. That explains our morbid curiosity with television shows like MTV's Jackass and the never-ending stock of cringeworthy videos supplied by the Internet. Even Hollywood cashes in on this fact every now and then.

Take Adam Sandler's 1999 comedy Big Daddy for example. Who didn't laugh when Sandler tossed a stick down, causing the man on roller blades to fall all over the sidewalk?

In the video on the next page, you can watch her take a long climb up a set of stairs to an airplane, stop, turn around, wave, and then as she enters the plane, she loses her footing. And by losing her footing, I mean she falls face-first into the plane. Somebody needs to give a high five to the person filming this with their cell phone.