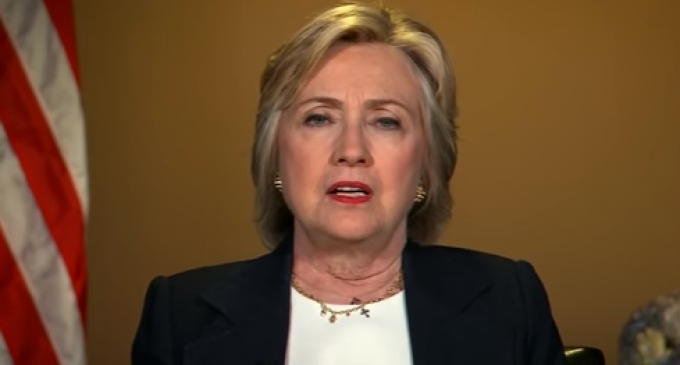 Hillary Clinton addressed the murder of five police officers in Dallas by a black militant, and not surprisingly, she widely misses the mark on cause and effect. Rather than recognize that President Obama has fed and encouraged the anger and the justification by blacks and “black lives matter” instigators, her answer is to overcome the “implicit bias” of police by spending $1 billion on additional training, and bringing the community together to walk in the shoes of black activists. When is anyone going to insist that individuals are responsible for their own behavior?

However, her very skewed perspective is actually simply pandering to the black community, and it guarantees that a Clinton administration would simply use blacks as political pawns rather than seeking ways to heal the nation.

Clinton then goes on to talk about the FBI findings regarding her email and illegal server. While most people would at least be a bit penitent after dodging a certain conviction, she proceeds to rewrite history and to once again insist that there actually were NO classified documents, since they unmarked, and she also blames others who handled the documents and somehow misled her or didn't recognize the significance of the documents. It is absolutely amazing to watch this liar operate and spin her stories on the fly.

It seems that Democrats are more than willing to boost this disgusting liar into the Oval Office, and it is both tragic and deeply depressing that they could either be that dense or that corrupt. The nation deserves much better, but for some reason Democrats are willing to support the most corrupt of individuals for the office of the presidency.