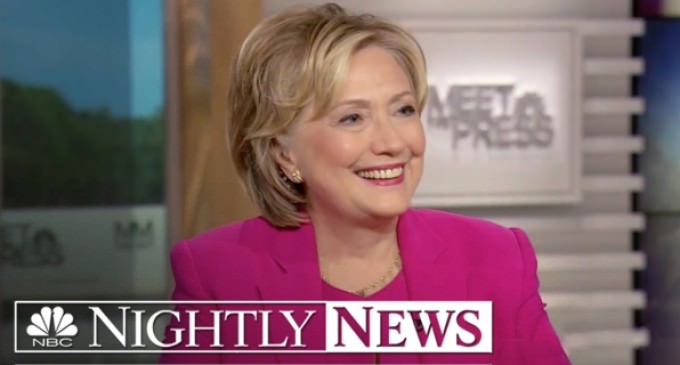 It's funny when people use the words ‘conspiracy theory' as if the condition could only refer to an extremely rare event where people get together to plan mischief. Actually, it's defined as needing only two people working together in a secretive manner. With that definition, there are millions or billions of conspiracies in existance at any given time.

Following her appearance on “Meet the Press” Sunday morning, several staff members and supporters all happened to tweet nearly identical comments regarding new allegations about the email server….right after Hillary calls the charges of email criminality a ‘conspiracy theory.'

But that's impossible, right? Because neither Hillary Clinton nor her supporters would ever break the law. No two people would get together and plan to do something wrong. Oh wait . . .

See the NEXT PAGE.