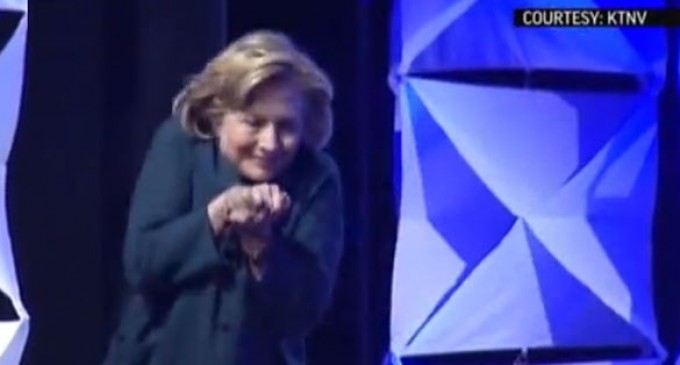 Police arrested a woman in Las Vegas after she threw a shoe at Hillary Clinton at a speaking event on Thursday (April 10).

After years of dodging questions and criticism, the former Secretary of State has  well-honed reflexes and easily avoided the missile.

How long will it be before the shoe becomes ‘sniper fire’?

Check out the video below to catch the action. Below that we included a clip of Clinton’s stupid 2008 lie about landing in Bosnia under sniper fire for anyone who missed it.