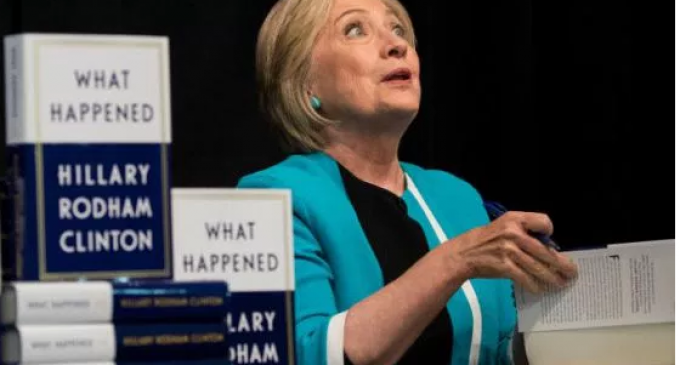 If you ever came face-to-face with the Hildabeast herself, what would you say?

Hillary Clinton has a long sordid history of evil rivaling the oft-repeated allegorical sands of the sea. But, what is rarely repeated are her sickening actions, right to her face. Most people in that situation either freeze or remain too afraid to break social taboos and create an awkward situation. Not everyone enjoys confrontation or being the center of attention. However, when it comes to Hillary Clinton and the pursuit of justice, such social niceties are a slap in the face to the countless victims of the Clinton Family Crime network. And thankfully, investigative reporter, Laura Loomer, is not afraid of causing a scene in the name of fighting injustice.

Loomer stood in line for over 8 hours to get the chance to address Hillary Clinton face-to-face on her poor human rights record at a recent What Happened book signing at Barns and Nobles at Union Square.

Continue to the next page to see how Hillary Clinton reacted to Loomer throwing the truth in her face instead of worshiping her as the so-called “empower of women” at the book signing.