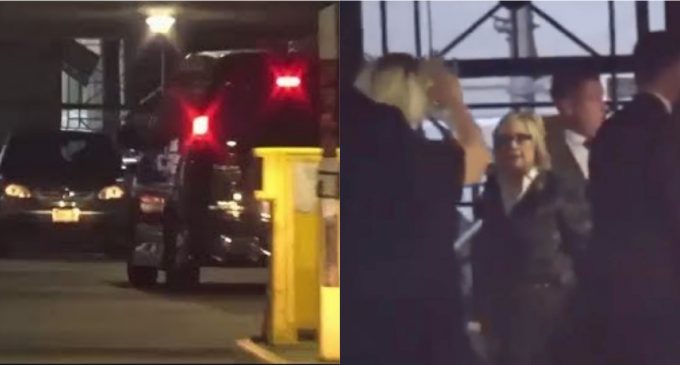 Hillary Clinton is not having a good week. First, she's been taking heat after saying that Bill Clinton's affair with Monica Lewinsky wasn't an abuse of power. A CBS reporter asked the twice-failed presidential candidate during an interview on Sunday if then-President Clinton should have resigned after being impeached for lying about his affair with Lewinsky. “Absolutely not,” Clinton responded. The reporter followed up by asking if his relationship with Lewinsky might've been an abuse of power, to which she simply said, “No, no.” After the reporter suggested that a sitting president cannot have a consensual relationship with an intern because the power imbalance is too great, Clinton quickly interjected with, “… who was an adult,” deflecting the question at Lewinsky's expense.

Only a day after the disastrous interview, Hillary managed to embarrass herself yet again after her van drove into a pillar inside a parking garage prior to a fundraiser for Sen. Bob Menendez on Monday.

Turn the page for video of the interview as well as the crash footage: