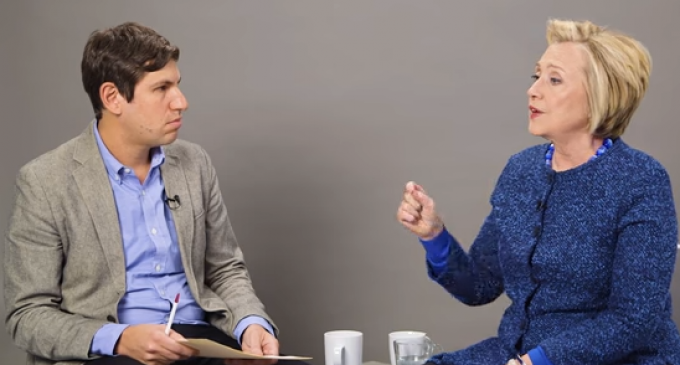 When then citizen Donald J. Trump contested the results of the U.S. election everyone on the left branded him a miserable racist. But, when the Hildabeast emerges from the woods near her home for selfies, she is a leftist hero shedding new unseen light on the whole Russia question, among many other factors pertaining to the legitimacy of the 2016 presidential election.

Which is just preposterous, what is going through their minds?! The great writer, investigator, and international finance consultant Charles Ortel have just revealed the findings of his extensive investigation into the Clinton Foundation.

Fraud plainly revealed on a “monumental scale”, and reports go as far as to state Bill and Hillary Clinton committed the largest case of charity fraud ever uncovered in American history.

Ortel, one of the world's leading financial experts, claims that the Clintons are also part of a global fraud networks that have acquired hundreds of billions in fraudulent profits.

The Clintons are a part of an international crime network, and the Hildabeast herself is working overtime to try and save herself through any means possible. Even if that means doing everything in her power to stop the real legitimate president from making America great again.

There is a much bigger plot afloat then merely two former contenders exchanging unpleasantries. This is a fight for the future of the world unfolding before our very eyes.

Head on over to the next page to hear her latest puzzling attack on the President and how this connects to the criminal investigators closing in around her.