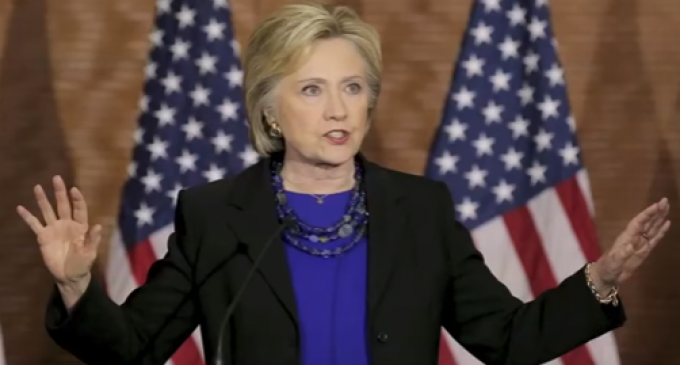 The left has shown quite an affinity in recent years for eroding First Amendment free speech rights.  They have sought to shut down any speech that is conservative or does not support certain liberal policies.

Recently, Attorney General Loretta Lynch announced that the Department of Justice was looking into ways to take legal action against those who speak out against global warming fearmongering.

While liberals have proven their contempt for the First Amendment, they reserve their true hatred for the Second Amendment — the right to keep and bear arms.  No politician has been more outspoken against American gun owners than Democratic presidential hopeful Hillary Clinton.

Clinton has even used the issue of gun control to outflank her opponent, socialist Senator Bernie Sanders' left.  The fact that the aging Marxist earned a D- from the National Rifle Association (NRA) apparently is not good enough for Hillary Clinton.

In the 2016 election, Clinton has often intimated that she will curtail the rights of legal gun owners in this country if elected president.

Now, in a leaked audio recording, Clinton states outright that she will do just that.  To listen what the former first lady and secretary of state had to say about chipping away at the Second Amendment, watch the video and continue reading on the next page: