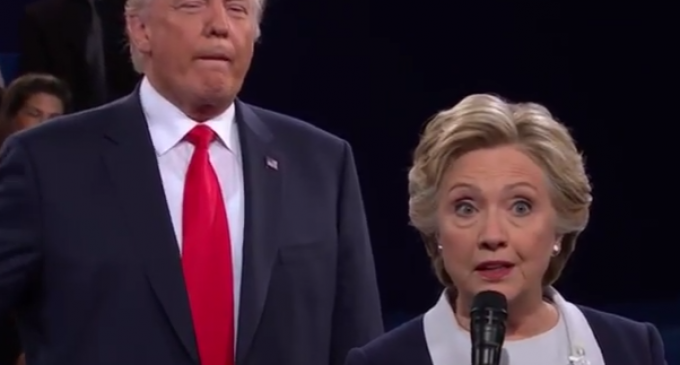 Hillary Clinton dropped some outlandish exclusive excerpts from her upcoming book “What Happened” on Wednesday’s edition of MSNBC’s “Morning Joe”.

Not only does she claim she was afraid of Donald Trump. She also posed the laughable question as to “if” she “might” have been wrong about a certain event on the campaign trail.

But, even more telling are her well founded fears even on the campaign trail of then candidate Trump’s call to “drain the swamp”. Apparently, that makes the Swamp Goddess, in her own words, “dig my nails into my fist” and “grip the microphone extra hard”.

Continue on to the next page to hear Hillary’s hilariously oblivious first person account of how much Donald Trump scared the living daylight out of her during the 2nd presidential debate.