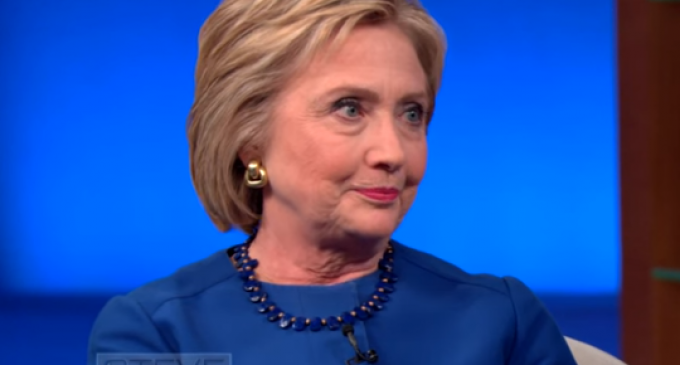 Hillary Clinton didn't always want to be a politician. In fact, as a young child she wanted to be an astronaut, she claims. Unfortunately for us, that path didn't pan out, as she was thrust into politics by marrying the man who would take her to all the way to the White House, Bill Clinton.

Why we have to endure Hillary as a public figure — and possibly even future president — isn't entirely the fault of the pantsuit-clad politician. She claims to have went so far as to write NASA about becoming an astronaut, but they wrote back saying that they weren't allowing women to be astronauts at that time.

It's clear Hillary finds this assertion sexist, no doubt. Anyone who opposes Hillary is sexist, after all. But something else is fishy about this story. Continue reading on the next page to see what that may be: