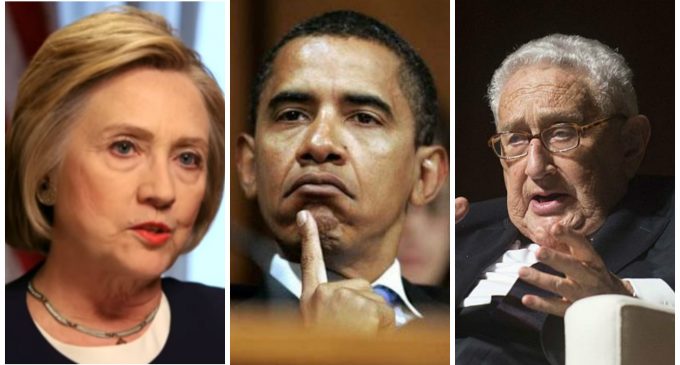 Think of the New World Order and names like George Soros and organizations such as the United Nations and the European Union come to mind.  Don't forget that it was none other than President George H. W. Bush who used that term in a presidential address.

Hillary Clinton firmly belongs in the list of those promoting a New World Order, something to which she admitted herself in an article written in 2014 for the Washington Post.

More on Hillary and her connection to Henry Kissinger and the NWO on page two.