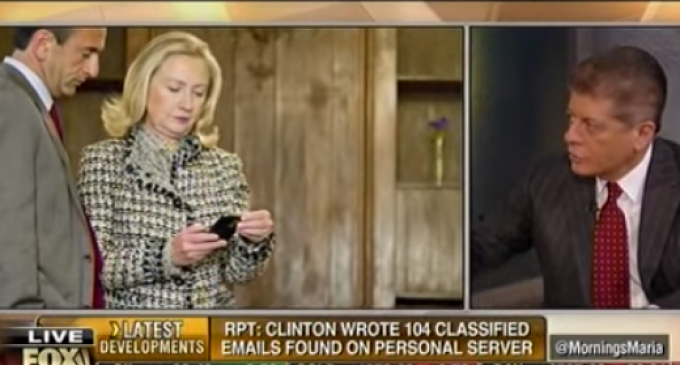 The Hillary Clinton email scandal is slowly winding its way to a finish. What is the likelihood that she will be sanctioned or punished for her misdeeds?  After the initial “a-ha” moments when it was clear that she was lying and hiding documents, the new plan seems to be to throw mud in the water and cause enough confusion about what happened, who caused it, and how damaging it was, and it seems to be working.

The gist of the argument now is that the well over two thousand classified documents were not clearly marked with a big, red “top secret, eyes only” stamp, and that the State Department was “over-classifying” documents that really should not have been classified at all.

It is an after-the-fact scheme that anyone but a Clinton would be laughed off the stage and thrown in jail for, instead the media is nodding and humming with sympathetic understanding, and the Democrat party is still trying to spin the whole affair as a Republican hatched scandal designed to bump Hillary out contention in the presidential race.