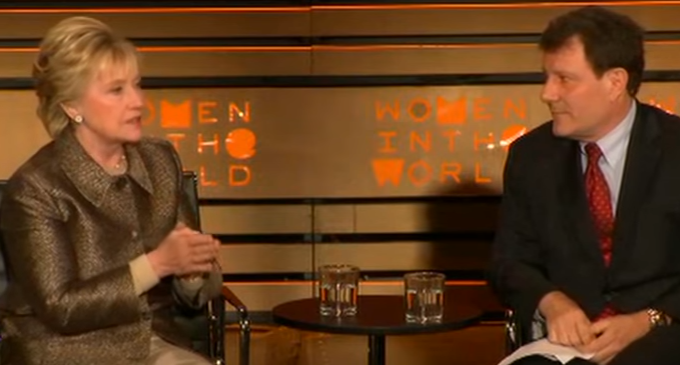 Donald Trump's Syrian strike may have upset some of his most passionate supporters, but the political world met Trump's use of military force with near-universal acclaim.

Canada and Isreal both released statements expressing that their governments “fully support” the air strike. UK Prime Minister Theresa May said that it was “an appropriate response to the barbaric chemical weapons attack launched by the Syrian regime, and is intended to deter further attacks.” Germany and France released a joint statement saying that the airstrike was the sole fault of Bashar al-Assad.

But perhaps these endorsements aren't surprising, considering they come from countries allied with the United States.

Instead, the most surprising endorsement may have come from Hillary Clinton — the woman who spent the last two years claiming that Trump was unfit to serve as commander-in-chief.

Read what Clinton had to say about the United States' involvement in Syria on the next page: