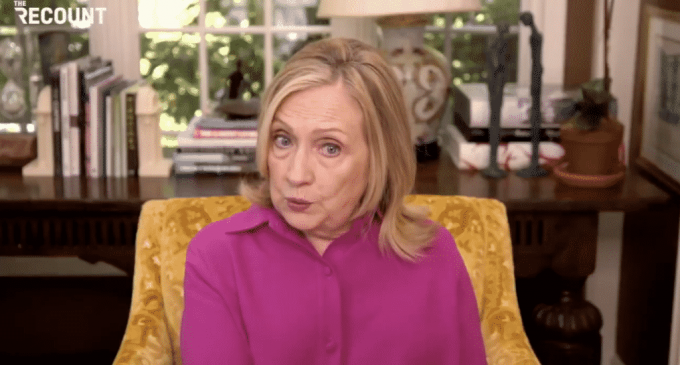 Twice-failed presidential hopeful Hillary Clinton said in an interview with Jennifer Palmieri and “The Circus” on Showtime Democratic that presidential nominee Joe Biden “should not concede under any circumstances.” Hillary claims that the final results in November's election are “going to drag out” due to mail-in voting.

“Joe Biden should not concede under any circumstances because I think this is going to drag out, and eventually, I do believe he will win if we don't give an inch and if we are as focused and relentless as the other side is,” Clinton told former aide Jennifer Palmieri on Showtime's “The Circus.”

“I think that [Republicans] have a couple of scenarios that they are looking toward. One is messing up absentee balloting. They believe that helps them so that they then get maybe a narrow advantage in the Electoral College on Election Day,” Clinton, the 2016 Democratic nominee, alleged. “So we've got to have a massive legal operation, and I know the Biden campaign is working on that.”